Egg the Colonnade - is made by Faberge's firm, as a gift of Emperor Nikolay II to the empress Alexander Fiodorovna, for Easter of 1910. With 1929 belonged to Queen Mary, Great Britain, after her death it is inherited by Queen Elizabeth II. 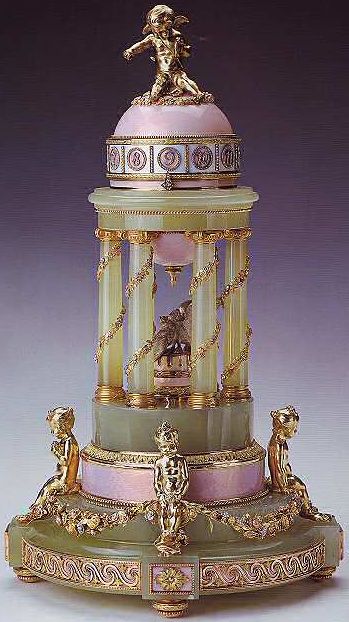 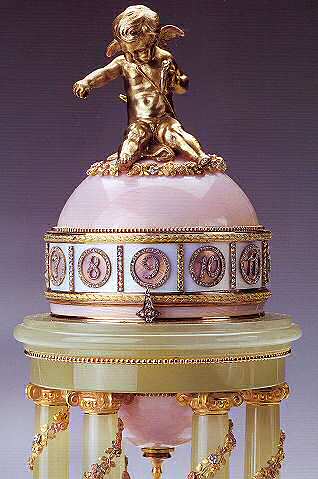 Materials it is made from gold, diamonds, silver, gold, platinum, pale rose-white enamel. 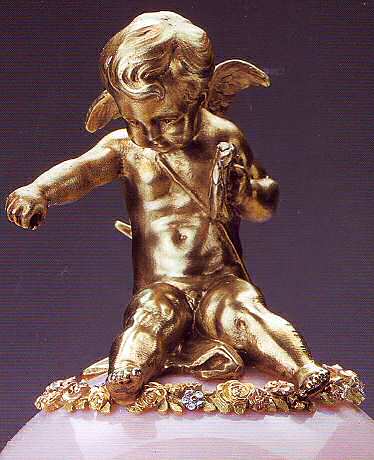 This egg marks hours the birth of the long-awaited successor of a throne, Alexey, in 1904. The cupid from gold, Is at top of Egg, which is enameled in iridescent pale rose-white enamel also it is surrounded with the dial covered with white enamel, figures are executed from diamonds. Four silver - gilded figures, represent four daughters of the Tsar, are placed round a basis and are connected by a flower garland from gold. Two platinum pigeons are placed within a circle colon.

Pay attention, on their eggs established for a family of the Emperor Faberge, Orange Tree Egg, or one more egg created in honor of tsarevich Alexei Czarevich Egg.