Egg Constellation of the Cesarevitch – was created, but wasn't finished by Faberge's firm, planned as a gift of Emperor Nikolay II to the wife Alexander Fiodorovna for Easter of 1917. It is stored in Faberge's Museum to Baden-Baden. 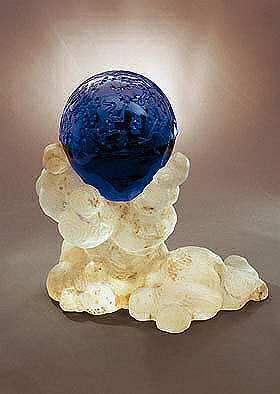 Materials it should be made of dark blue glass, the silver, opaque rock crystal and diamonds is probable. 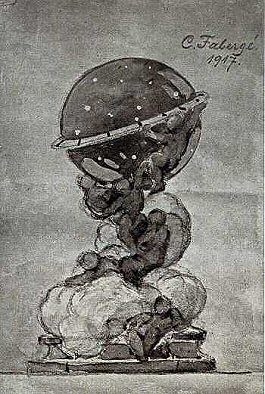 Origin Nikolay's II expected gift to the wife Alexander Fiodorovna. in 1925 it is presented to a museum by Agafon Faberge, the second son of the glorified jeweler to the Mineralogical museum of A.E.Fersman.

"We do a big Easter egg of white quartz and nephrite, an exclusive artwork", - on yet complete work the author so made comments. On a crystal cloud there are marking - probably, it places where silver cherubs should fasten. Two hemispheres are made of fine dark blue glass. On spheres engraving constellation. It should be laid out by the smallest diamonds of a facet "rose". In some places diamonds remained.

Pay attention, on other eggs created by Faberge's jeweler house, the last egg the egg presented to Empress Maria Fiodorovna Egg Order of Saint George, and egg presented by Alexander Kelch to the wife Egg of 12 Panels.