Peter Carl Faberge – the story of the founder of one of the most famous jewelry houses in the world. History of Easter eggs of firm of Faberge, created for a family of the Emperor of Russia and other known people. 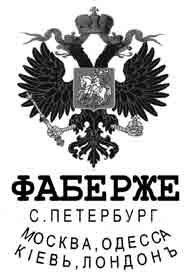 On may 30, 1846, in the capital of the Russian Empire, in the city of St. Petersburg was born Peter Carl Faberge. Approximately for 4 years before, in St. Petersburg, to the address Big Sea 11 his father, Faberge senior, based the company on production of the jewelry carrying a stamp Of Faberge By that moment, Gustav already ended the training at such masters of that time as, Johann Wilhelm Kagel and Andreas Ferdinand Spiegel, and received the title of «Jewelry master».

1942 it was eventful in life of Gustav Faberge,except the basis of own business he married the daughter of the Danish artist to Charlotte Jungstedt, thereby having based the family. His eldest son Peter Carl got magnificent education, in the beginning at Sacred Anna's school in Germany, and the ambassador in Haldelshul in Dresden. After training it continued training in a private order in Frankfurt at jeweler Joseph Friedman. In 1872 having celebrated the 26th lithium, Peter Carl returns home, to St. Petersburg, and take in their hands the family business.

The father didn't regret about that that submitted the case the successor, over time the small jeweler workshop turned into the largest enterprise of the branch in the Russian Empire and one of the world's largest. Faberge's firm established branches in London, Odessa, Kiev and Moscow, and sells its products to the whole world. In 1885 the company becomes the Supplier of the Imperial yard, and it is from this moment begins the story of one of the most expensive collections in the world, stories of Imperial Easter eggs of Faberge. In 1890 Peter Carl becomes the Hereditary Honourable Citizen and the appraiser of the Office of ITS Imperial Majesty. Together with it popularity of products of Faberge and on the international scene grows, in clients of firm almost all dynasties of monarchs of Europe and Asia are registered, and to possess products carrying the stamp of Faberge it becomes prestigious.

By this moment Peter Charles Faberge already had a family and children, Augusta Julia Jacobs wife, and 4 sons: Evgeny (1874), Agafon (1876) Alexander (1877) and Nikolay (1884). Sons, as well as their father with the grandfather as were masters of jewellery and continued business begun them ancestors. Events of 1917 in the Russian Empire brought to overthrow of the Tsar and the organization of the Communistic country compelled Faberge to close the company in 1918. The rest of life of Faberge carried out in Switzerland where died on September 24, 1920.