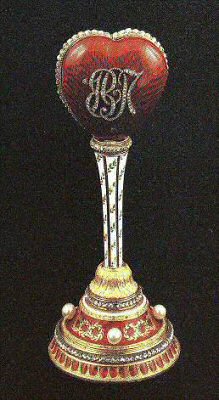 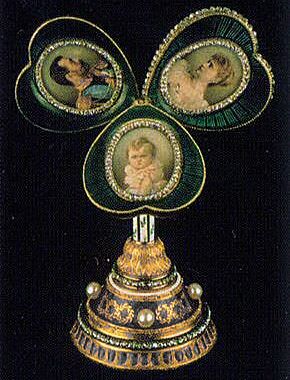 Materials Egg has been possibly made of gold and Mauve enamel. The surprise is made of diamonds, strawberry red, green-white enamel, pearls and a water color on an ivory. 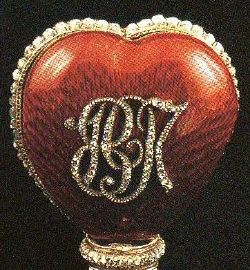 Origin Gift Nicholas II to his mother Maria Feodorovna on Easter 1897. Mauve Egg it is not mentioned in materials the confiscated Imperial property. It is supposed that Egg has been taken out to 1917, probably Maria Fedorovnoj directly. Surprise the egg has been sold at Christie's auction (Geneva) in 1978. Forbes collection, New York. 2004 - Sotheby's, New York - Viktor Vekselberg collection, Moscow.

Look at others, jewelry of the empresses, the most expensive egg Faberge Coronation Egg and Pansy Egg.