Rosebud Egg, the first which was created by Faberge, as Nikolay's II gift to the wife, future Empress Alexander Fiodorovna for Easter of 1895. Since 2004 Moscow, Russia is stored in Victor Vekselberg collection. 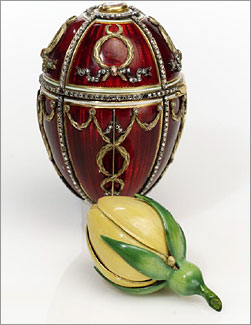 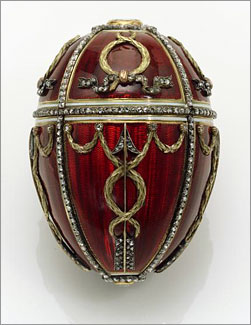 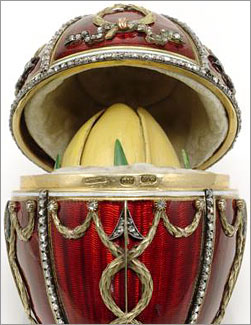 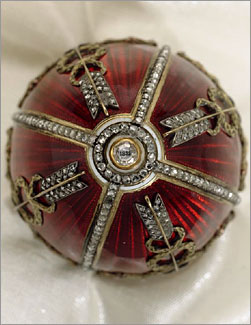 Egg is covered by transparent red enamel and lines of diamonds. At egg top the large diamond through which date 1894 is visible is established. Egg surprise is the rosebud, a symbol of love of pair to each other. The bud in turn originally contained two tiny surprises, nowadays lost, a tiny exact copy of the Imperial crown symbolizing new life Aleksandry Fedorovny as the Empress of Russia, and a ruby coulomb.

Look at other unique jewelry, works of art, Caucasus egg and most expensive of the created eggs Faberge Coronation Egg created in honor of Nikolay II crowning.